On 7 July 2017, the United Nations Human Security Unit hosted a High-Level Event on Human Security and its contribution to Agenda 2030, in partnership with the Government of Japan and other members of the Human Security Network. WANEP (West Africa Network for Peacebuilding), which serves as the regional Secretariat for GPPAC, was a panelist at the dialogue. Mr. Boubacar Thera, head of WANEP-Mali, offered perspectives on the positive results of the Human Security Trust Fund's project in Mali, and new challenges given recent political considerations.

The High-Level event was opened with a statement from the President of the General Assembly, Peter Thomson, and a keynote address from the Deputy Secretary-General Ms. Amina Mohamed. In her opening, Ms. Mohamed said that the human security approach "underscores how close cooperation among a broad range of stakeholders can deliver context-driven and people-centered strategies to overcome the fragmentation that remains a major impediment to sustainable development globally."

In Mr. Thera's statement, he noted the positives of the Human Security Trust Fund's project in Mali to strengthen the resilience of women and youth and how it "added value, integrating a human-centered approach and participatory engagement with local communities, especially the most vulnerable and marginalized in international and national actions towards stabilization and recovery of Mali." Indeed, the project built trust and confidence between civil society organizations themselves, and also between civil society, government and UN actors. He noted that there is a strong need for to integrate the human security approach in the design phases of any development program, in general but especially in post-conflict contexts.

Following the panel discussion, Member States, UN agencies and civil society, had the opportunity to share views on the Human Security approach and the contributions is has made to the thinking at the UN today. The PR of Mexico, Mr. Gómez-Camacho said that the human security concept deserves credit for where we are now in that it made putting people at the center of UN efforts a priority. Many noted the important role of civil society organizations as a key component in these efforts, with Thailand specifically mentioning the good work of WANEP as a reason to continue its financial support for the Human Security Trust Fund.

We’re making peace personal with the Peace Corner podcast! Our intern Charlotte gathered three fascinating peacebuilders round the table to discuss how they navigate polarising discourse, such as common ‘us’ vs. ‘them’ divisions.
Read more 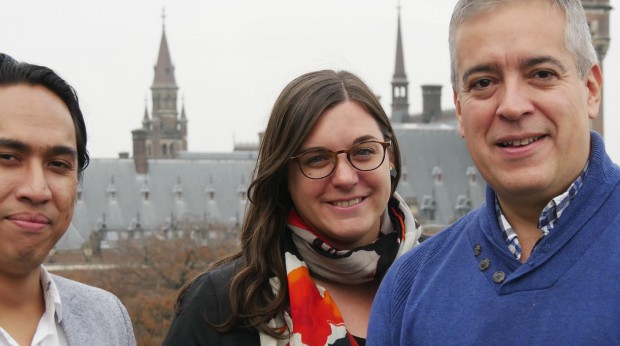