In December 2015, the United Nations Security Council unanimously adopted its first resolution on Youth, Peace and Security (UNSCR 2250). The landmark resolution recognises the positive and active role of young people in peace and security. Finland and Nigeria were the first countries in the world to move from rhetoric to practice as they developed National Action Plans (NAP) on Youth, Peace and Security (YPS) in 2021. NAPs provide a concrete road map for turning the commitments of UNSCR 2250 into action on the ground. In July 2022, Zimbabwe embarked on the process of developing a YPS NAP. SAPPC was selected to be on the Zimbabwe National Steering Committee for the YPS NAP and Nqobile Moyo, as the SAPPC representative, was appointed the Lead Facilitator of the development and drafting process by the Zimbabwe YPS NAP.  In this interview, he shares lessons from the process and other countries, the crucial role of civil society, and his vision for the future.

What does the process of developing a Youth Peace and Security National Action Plan in Zimbabwe look like?

The process started in 2018 when SAPPC was actively engaged and participated in the conceptualisation phase and the consultative and validation processes of the African Union's (AU) study on the Role of Youth and Contributions to Peace and Security in Africa. The study led to the development and adaptation of the AU's Continental Framework for Youth, Peace and Security, which was adopted in 2020. The Framework builds on the comprehensive study, and its overall goal is for Member States to develop and implement YPS NAPs in line with national youth policies. In July 2022, SAPPC co-hosted a High-Level Ministerial Conference with the AU, Common Market for East and Southern Africa (COMESA) and other development partners in Harare, Zimbabwe, to facilitate the development and implementation of YPS NAPs by the Southern African Development Community (SADC) Member States. During the conference, the government of Zimbabwe committed to developing and implementing a YPS NAP.

Now, we are in the second stage of the development process. The Zimbabwean government appointed a National Steering Committee led by the Minister of Youth. SAPPC was selected as a member of the Committee and was tasked to be the Lead Facilitator in the country's YPS NAP development process. The Committee intends to travel, consult and engage the diverse youth and stakeholders across the country's ten provinces with an inclusive hybrid approach of hosting online and in-person sessions, town hall meetings, focus group discussions, surveys and intergenerational dialogues. This approach will meaningfully engage diverse young people and other relevant stakeholders from the initial planning stages through implementation, monitoring and evaluation. The overall goal is to co-create youth-focused and locally-informed strategies to implement youth, peace and security-centred initiatives across all sectors on the ground.

What role does civil society play in developing the YPS NAP, and how does the GPPAC network support this process?

Civil society is integral to creating a comprehensive YPS NAP. We play an essential role in directly connecting government and high-level officials with young people and community members to learn, share and exchange knowledge and ideas. Together, we can create sustainable strategies to address peace and security challenges. That is the reason why youth-led organisations and relevant representative bodies, like the Youth Wings of political parties and National Youth Councils, are at the heart of the NAP consultations and development process.

The GPPAC network is a key source of knowledge, especially for cross-regional learning to support the development of a YPS NAP. The GPPAC network structure has enabled SAPPC to reach out to GPPAC members in different regions and to learn from their experiences in creating NAPs. With the support of the Finish Ministry of Foreign Affairs, local peacebuilders, including myself, also had the opportunity to meet other YPS experts in person in Helsinki this winter. We thoroughly discussed best practices and learned from colleagues who already have YPS NAPS, such as Nigeria, Finland, the Philippines and the Democratic Republic of Congo. This exchange led to the creation of a Global YPS Community of Practice space as we also interacted with other countries at various stages of developing their YPS NAP. While a key aspect of NAPs is that they must be rooted in their national contexts, it is important to share and learn from different countries' experiences and wisdom on these topics and incorporate their lessons learned. This will surely make the Zimbabwe NAP stronger.

What does a successful YPS NAP for Zimbabwe look like? Where do you see challenges?

The YPS NAP should capture the diverse voices, challenges and aspirations of Zimbabwe's youth. It should facilitate an enabling and flexible environment that addresses the diverse issues young people brought forward during the consultations.

'I hope young people take real ownership of the NAP as they are the true custodians of it. Youth must drive this process since the YPS NAP is there to serve and work for them.'

Our main challenge is the limited financial resources which threaten our capacity to reach all corners of the ten provinces. So far, we have carried out two consultations in two provinces. Another challenge is retaining the present political will and support, which is needed to develop and implement a comprehensive YPS NAP. Also, the constant navigation of structural bottlenecks and gatekeeping inhibit effective youth engagement and contribution in such key processes.

However, with the continued support from the Zimbabwe government and other key stakeholders, we hope to co-create a NAP that holistically includes and supports all young people of Zimbabwe and gives them the peace and security they deserve and provides them with equal opportunities to reach their full potential regardless of race, gender, ethnicity, sector and geographic location.

Youth Leadership in Zimbabwe During the Pandemic

With over 70% of the population in Zimbabwe being youth, their leadership is ever-important. But they have little say about a way forward, especially now during the pandemic. How can we change that?
Read more 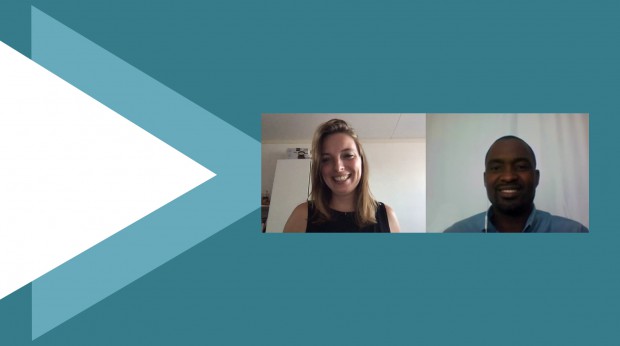