What is Happening in Myanmar? A Peacebuilder’s Perspective on the Situation in Myanmar

We sat down with Nang Zun Moe from Progressive Voice, a research and advocacy organisation working on human rights in Myanmar, to shed some light on the multitude of crises which continue to impact the lives of the people in Myanmar.

Progressive Voice is a participatory rights-based organisation rooted in civil society. It acts as a bridge to the international community and policymakers by amplifying voices from the ground, and advocating for a rights-based policy narrative. Being so close to the issue, Progressive Voice has been deeply involved with reporting on, and trying to address the current issues faced by the people of Myanmar as a result of the military coup in February 2021.

What are the main concerns of local peacebuilders in Myanmar today?

Myanmar is facing several crises: an attempted coup, civil war, severe scarcity of humanitarian aid, and COVID-19. The junta is weaponising much-needed aid in an attempt to weaken democratic forces, including the Civil Disobedience Movement (CDM), leaving many vulnerable communities starving and with no access to healthcare. These multiple crises have been caused and exacerbated by a relentless nationwide campaign of terror carried out by the Myanmar military junta for seven months. At the root of these crises is the impunity of the military who have been emboldened by a lack of action taken by the international community, particularly the UN Security Council. It is clear from an urgent letter of appeal, penned by 443 Myanmar civil society organisations (CSOs), that the people of Myanmar are looking for concrete action, in particular by the UN Secretary General, who can brief the UN Security Council and intervene to address the crisis in Myanmar. The catastrophic third wave of COVID-19 that is ravaging communities is not only a threat to the people of Myanmar, but to regional and global health security that must be urgently addressed​.

The most affected by the current crises are ethnic and other marginalised communities who have been subjected to years of mistreatment which is being exacerbated the recent military coup. Decades-long civil war has caused largescale protracted displacement in ethnic areas, and recent aerial bombings and shelling by the military, including in Karen and Karenni States, have caused further displacement. Recently, there have been reports of troop reinforcements in Karen, Karenni and Kachin States while fighting has intensified in Karen State, with hundreds fleeing their homes. The UN puts the number of displaced people since the coup at around 230,000. Meanwhile, the Rohingya in Rakhine State are being denied access to COVID-19 vaccines as their rights to healthcare, citizenship, freedom of movement and other fundamental rights continue to be violated under a system of apartheid. The Rohingya and other Muslim minorities, including the Kaman people, face systemic oppression that further disenfranchises them in these challenging times. In addition, women and girls as well as those among the LGBT+ community also face multiple and compounding challenges that contribute to further insecurity and loss of livelihood, making it difficult for them for their daily survival.

At the same time, healthcare services have broken down as a result of the coup, leaving many throughout the country to care for the ill at home. There have been at least 252 incidents of violence against healthcare workers in Myanmar between February and July 2021. The military have also used vaccines as a bargaining tool to persuade medical workers to abandon the steadfast anti-junta CDM. Bodies have piled up in crematoriums while the junta restricted the public's access to life-saving oxygen cylinders, used in treating people with COVID-19, and hoarded the supply for themselves and their families. These acts aim to force the public to accept Myanmar’s military rule.

Despite this, the people of Myanmar continue to stand in strong defiance of the military, taking great risks to conduct strikes in the streets.

Who are the key stakeholders who could mediate the situation?

The UN and the international community have emphasized the role of the Association of Southeast Asian Nations (ASEAN) in leading the handling of the crises in Myanmar. However, the five point consensus agreed upon by ASEAN and Myanmar's coup leader, Senior General Min Aung Hlaing, has yielded little results. The recently appointed Special Envoy to Myanmar by ASEAN has been rejected by many Myanmar CSOs due to its lack of consultation and engagement with the National Unity Government of Myanmar (NUG), ethnic armed organisations, Myanmar CSOs and other democratic forces, including members of the CDM. Concerning also is the fact that the junta-controlled ministry is on the governing board of ASEAN’s AHA Centre, in charge of facilitating cooperation and coordination of disaster management, which hinders its ability to act independently.

Have there been any successes at the political level to improve the situation?

There have been successes in advocating for the NUG to recognise the rights of Rohingya people. The NUG, formed by elected members of parliament, ethnic and civil society leaders, and representatives of the CDM and General Strike Committees of the Spring Revolution, has issued a policy statement on the Rohingya, committing to repeal racist laws such as the 1982 citizenship law and the four race and religion law. The NUG also submitted a declaration that provides immediate jurisdiction to the International Criminal Court (ICC) to address specific crimes dating back to 2002 and issued a statement coinciding with the 4th day of remembrance of the Rohingya genocide. These are positive initial steps taken by the NUG to address the impunity enjoyed by the Myanmar military. But more must be done.

What are key gaps which still need to be tackled and what can be done to address these concerns?

The NUG must take further concrete action to abolish discriminatory laws and ratify the Rome Statute of the ICC, which would result in the country falling under the jurisdiction of the ICC permanently, and support the Court’s procedures in order to bring the perpetrators of serious crimes to account.

There are immense gaps that must be filled at the international level that are long overdue.

The UN Secretary-General must immediately intervene to address the latest catastrophic wave of COVID-19 in Myanmar, in accordance with the UN Security Council Resolution 2532 and as called for by 443 Myanmar CSOs.

To solve the situation in Myanmar, it is also key to support local agency. Donors and international organisations must prioritise meaningful and equal partnerships with local humanitarian groups. Military rule is driving Myanmar’s human rights and humanitarian crises. Its permanent end can only be achieved by the people of Myanmar and so the international community must support and empower them to spearhead this change.

Finally, it is critical to provide humanitarian assistance through the COVID-19 Task Force (jointly established by the interim government of Myanmar, NUG, and Ethnic Health Organisations), cross-border channels, local humanitarian networks, ethnic service providers, as well as community-based and CSOs. These are the change makers who have worked through decades of military rule and have assisted or are from, the communities which they serve. They have expertise and deep understanding of the needs on the ground and of innovative ways to ensure that aid reaches those most in need. It is absurd to sidestep these experts in favour of partnership with the Myanmar junta, who have committed grave crimes against their own people for decades. The people of Myanmar deserve nothing less than the full support of the international community to resolve this crisis.

What does a peaceful Myanmar look like to you?

A society will be peaceful only if everyone is treated equally. What is happening in Myanmar is a people’s revolution that is not only fighting for democracy and an end to military dictatorship but also against all discriminatory ideologies, including the ones that have been imposed on ethnic and religious minorities, women, and LGBT+ people. The new Myanmar will have to be a federal democratic country that upholds the principles of human rights for all - regardless of their race, ethnicity, religion, origin, and gender identity - and grants equality and self-determination to all ethnic minorities.

Silenced and Suppressed: Myanmar’s Marginalised During the Pandemic

During the pandemic, despite calls for a nationwide ceasefire, the suppression Rohingya has continued. On the 10th of May, the government set their own ceasefire, but what did this entail? And how can we voice those who are silenced?
Read more 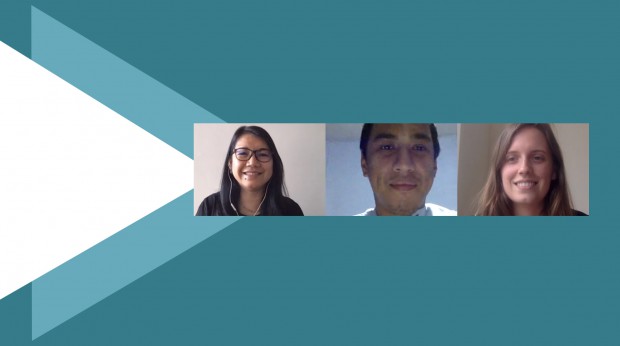