Gender Focal Point for the Pacific

Agnes Titus is the Advocacy coordinator at the Nazareth Centre for Rehabilitation in the Autonomous Region of Bougainville. She is passionate about the work she does as it involves raising awareness on human rights and speaking up on issues that affect women and girls. She draws her knowledge about these issues from a long history of working in the field of counselling and referrals to other services. Agnes Titus became a woman leader at a young age and has pioneered her leadership at crucial times in the history of Bougainville. She led the women’s movement in Bougainville at a time when Papua New Guinea women were claiming their rightful places socially, politically and economically in a fast-changing environment. She led the women to build peace during the Bougainville conflict. She was a politician in the Bougainville Transitional Government and served as the Minister for Local Level Government. Then she worked at the UN Women, passionately on Gender Equality in Political Governance. Now she is Advocacy Coordinator at Nazareth Centre for Rehabilitation.

In Vanua Levu, Fiji, many women and girls are faced with domestic violence and community-based conflicts. Our member Transcend Oceania is working with boys and men to change that!
Read more 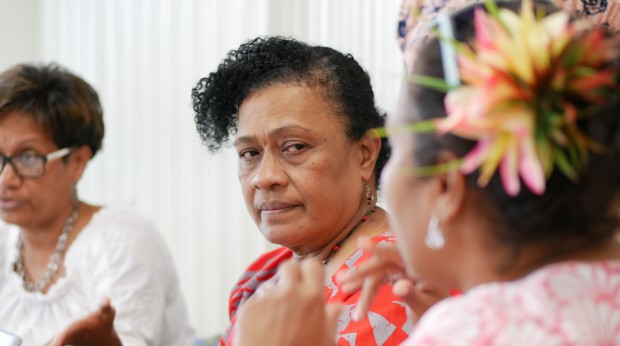