People, Planet… and Peace: A Shared Statement by Peacebuilding Organisations

The United Nations (UN) was founded to “save succeeding generations from the scourge of war.” Now, 75 years later, will we reaffirm our commitment to collective action, centered on a vision of a peaceful and prosperous world for all?

The global economic cost of violence now exceeds 14 trillion USD per annum. By the end of 2018, over 70 million individuals were forcibly displaced worldwide as a result of persecution, conflict, violence, or human rights violations. If current trends persist, by 2030 more than half of the world’s poor will be living in countries affected by high levels of violence, and the aspirations of millions for a better life will go unmet.

Recent research and analysis, from the World Bank and the UN among others, has demonstrated that neither economic growth alone, nor securitized and militarized approaches, can bring sustainable peace. In an interdependent world, increasingly impacted by the self-inflicted scourges of climate change and inequality, we need to redouble our collective efforts to prevent violent conflict by addressing its roots, and in structuring our response to crisis in ways that support local capacities, respect human rights and align with long-term plans to build sustainable peace.

The coming year provides many opportunities for Member States to recommit to peace, including the Sustainable Development Goals (SDGs) Summit; the 2019 Climate Action Summit; the 25th anniversary of the Beijing Women’s Conference; the 20th anniversary of UN Security Council Resolution 1325; and the review of the Peacebuilding Architecture and impending report by the UN Secretary-General on Peacebuilding and Sustaining Peace. As Member States gather for the 74th UN General Assembly, our organizations devoted to building peace around the world call on the international community to:

See which organisations signed on to the statement.

Beyond Despair for Peace in Palestine

This is Palestine, a place where peace, after many years of conflict, still remains a vague and abstract concept. Yet, for many years there are those that work tirelessly to make a change. Travel with us to peacebuilder Lucy Nusseibeh in Jerusalem.
Read more 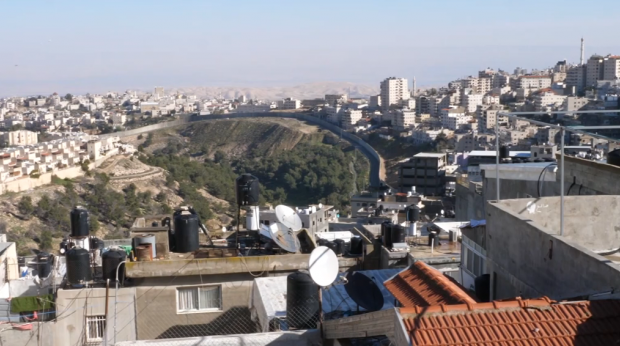