Kenya 2022 Elections: Peacebuilding Mashujaa (Heroes) are a source of light and hope

On Tuesday, 9 August 2022, Kenyans head to the polls in hotly contested general elections. As a native Kenyan, I join my fellow country women and men in observing our approach to the elections with a mixture of excitement, hope, anxiety and trepidation as in the past, elections have triggered or exacerbated violence in our country.

As I keenly follow stories in the media and, more importantly, on Kenyan civil society chat rooms such as the Peace Actors Forum, I have been uplifted and amazed at the multitude of civil society initiatives. I am profoundly assured to see dedicated and innovative peace actors in Kenya engage tirelessly across the country to promote peaceful and fair elections. From organising national peace marches to engaging in dialogue with security officials, the private sector, youth and women - these peace actors have mobilised thousands across the country. From the capital, Nairobi, to the remote corners of the country, Kenyan civil society’s untiring push for transparency, justice and peaceful elections and transition of political power in our country is my source of hope and light.

As we anxiously await the outcome of these elections and more importantly, the reactions to the outcomes of the elections, I want to share three messages to our peacebuilding Mashujaa (Heroes) in Kenya:

I want to thank Kenyan civil society for giving me hope. I pray that we may have fair and peaceful elections and a smooth transition of power in Kenya, no matter who wins these elections. 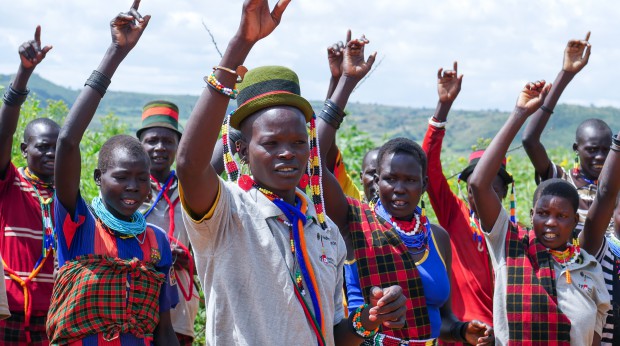