On May 17, GPPAC and Utrecht University held a public event on "Pathways to Inclusive Conflict Prevention From a Research and Practice Perspective". Speakers from academia, policy, and practice gave insight on and discussed challenges and potential pathways to making inclusive conflict prevention work in practice. Findings from the EU WOSCAP Project in which GPPAC and Utrecht University, together with a number of other international partners, examine the capabilities of the EU in civilian, whole-of-society conflict prevention and peacebuilding measures, served as a basis for identifying key issues.

The roughly 50 participants that had found their way into the conference room at The Hague Institute for Global Justice were welcomed by the Chair of the GPPAC Board, Ms Sharon Bhagwan Rolls who is also the Executive Director of GPPAC member femLINKpacific. Next, Professor Georg Frerks from Utrecht University gave an introduction into the history and state of the art of conflict prevention. Noting that while prevention should be the number one priority of member states today, this does not translate into reality, Professor Frerks concluded with the hope that, next to the well-known failures, there are also success stories of conflict prevention.

The audience then got a closer look at the WOSCAP project's whole-of-society approach by way of an introduction video featuring interviews with some of the researchers, including Professor Frerks and Professor Moussa Djire from the Université des Sciences Juridiques et Politiques in Bamako, Mali. Thus, the audience recognized familiar faces when the two academics then took their seats on the stage for a panel discussion led by Darynell Rodriguez Torres, Executive Director of GPPAC. They were joined by Miguel Álvarez Gándara and Ivana Gajovic, both GPPAC Board members as well as President of SERAPAZ (Mexico) and Director of Nansen Dialogue Centre (Montenegro) respectively, and by Gert Kampman, Deputy Director of the Human Security Cluster at the Dutch Ministry of Foreign Affairs. The discussion addressed diverse challenges for inclusive conflict prevention as well as examples of lessons learned from different countries. Ms Gajovic praised the role of the international community in making different voices heard prior to Montenegro's contentious merger with Serbia in 2003 and called for increased investment in Peace Education. As a lesson from Latin America, Mr. Álvarez Gándara cautioned that there is "no chance for international efforts if they are not born from local actors" while Mr. Kampman contended that, taking the Netherlands as an example, "we are doing the right things at local level but are not able to create a conducive environment at a higher, political level".

The session concluded with several rounds of questions and comments from the audience which brought up new and interesting links and perspectives. Darynell Rodriguez Torres closed by noting that while the current political climate might not be ideal, there is enough evidence that prevention is the way forward. As the official part of the discussion came to a close, participants and speakers were able to continue conversations with each other over a drinks reception.

Human Security: Towards Freedom for All

At the end of the Cold War, the neorealist paradigm focus on states, military security and the so-called ‘mutually assured destruction’ was challenged by the birth of a new concept, namely human security.
Read more 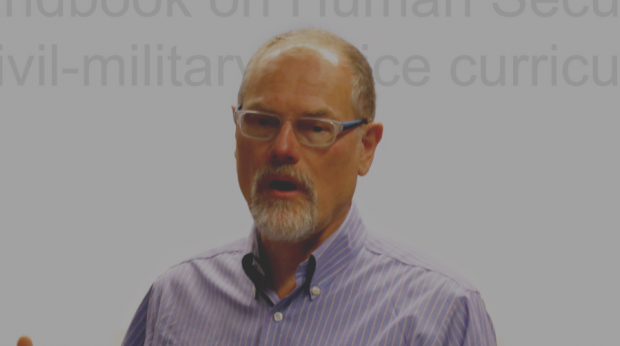