The situation in Kyrgyzstan is characterized by the considerable potential for conflicts caused by many different factors such as territorial divisions, bride kidnapping and other forms of gender violence, child labor and lack of access to education. The issue of the tensions in the border regions between Kyrgyzstan and Tajikistan in March 2019 once again showed the presence of such problems. Young people, forming about 50% of the population, express feelings of exclusion from political, economic, and social processes.

The GPPAC project “Cameras in Hands: Transformation and empowerment of Kyrgyzstani girls and boys” implemented in close cooperation with FTI and funded by the UN Peacebuilding Fund is aimed at tackling these issues. For more than a year, in four regions of Kyrgyzstan it has been fostering the understanding between girls and boys of Kyrgyzstan from different gender, ethnic and social backgrounds, as well as to giving them a voice at different levels of decision-making.

Eight young participants of this project came to the Netherlands and Belgium from the 11th until the 19th of June where they presented their short movies and their views about the peaceful future. Children had numerous meetings, informal discussions and workshops with different actors concerned with the situation in their country including representatives of the Dutch Ministry of Foreign Affairs, the Municipality of The Hague, the EU Commission, European Peacebuilding Liaison Office, PAX, Search for Common Ground, SaferWorld, UNOY, the embassy of Kyrgyzstan and many others.

The delegation was also joined by Mr. Ulan Shabynov, the National Project Manager of UN PBSO in Kyrgyzstan, who introduced to the partners the broader Kyrgyzstani context and background of the conflicts. It was inspiring to see such close cooperation with the UN PBSO, that provides huge support to different projects in the country.

During the meetings some of the policymakers expressed their hope for their future cooperation. For example, children were introduced to the secretariat of United Network of Young Peacebuilders (UNOY) and got an invitation to become part of the network as an informal group and to contact them with any questions and suggestions for the cooperation.

In total, there are 128 children from 16 different communities of Kyrgyzstan taking part in the project ‘Cameras in Hands’. Therefore, the chosen participants (each representing a different community from all 4 regions) felt responsibility for speaking out on behalf of their teams.

“Our community has already changed a lot during the project, and now they are becoming even more interested in it after they found out that we are going to the Hague, Brussels and will show the videos outside of the country."

Young people felt responsible for explaining the choice of the topic for the videos and why it is relevant for their communities. The short movies are bringing up important social issues of Kyrgyz society, such as gender inequality, access to education, child labour, divisions in society, border tensions, environmental issues, issues of migrants’ children.

Since the beginning of the project in February 2018, the youth got a lot of experience in filmmaking. Activists worked in teams of eight people and were responsible for the entire process of video creation - from writing scripts to editing shots and acting. Participatory video (PV) methodology proved to be a great innovative way to teach boys and girls to convey their messages and opinions in an engaging manner. Before presenting the results of their work on international level, children gained confidence during the feedback sessions on local and national levels. The national feedback session took place in May 2019 and the project staff was impressed by the abilities of children to convey their messages effectively to the officials on the highest level of decision-making, they have noticed significant evolution since the start of the project when it was difficult for children to express their opinions.

“It’s not enough for a project to just make videos, it’s important to have as a result the real actions happening after the feedback sessions. After meetings it’s important to follow the process, to continue the influence on decision-makers, to remind about yourself - a particular strategy is needed in order to achieve results” - emphasized Ms. Tazhykan Shabdanova, the President of the FTI. 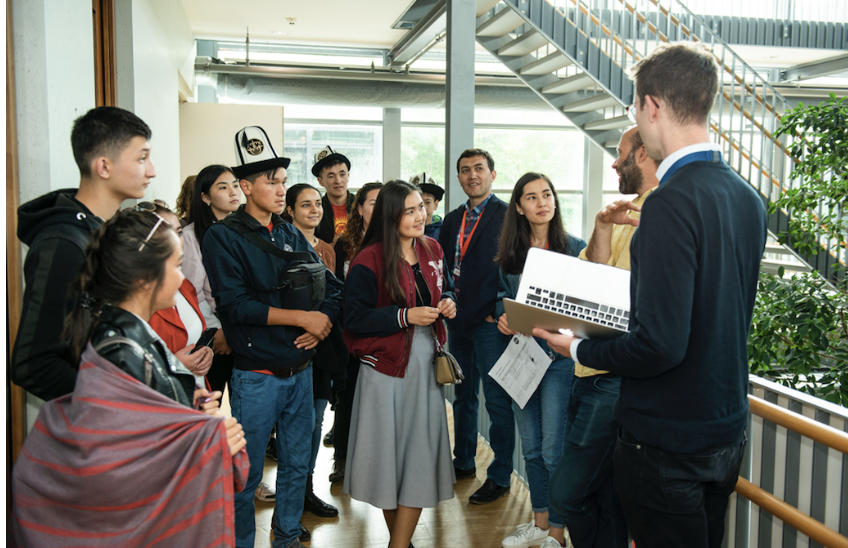 During the visit, young Kyrgyzstani leaders have also met with their peers residing in the Netherlands. They have spent the day in the International School of The Hague where they got a chance to present their project, discover new cultures and even attend some of the classes.

In Brussels they took part in the European Development Days 2019 where, among other, youth listened and asked questions during the panels on children’s rights and the first EDD youth-led panel on young people’s participation in peace processes. After a long exciting day, one of the participants said: "I enjoyed it a lot because we were taken very seriously and were told on numerous occasions that the opinions of us, children, matter!" 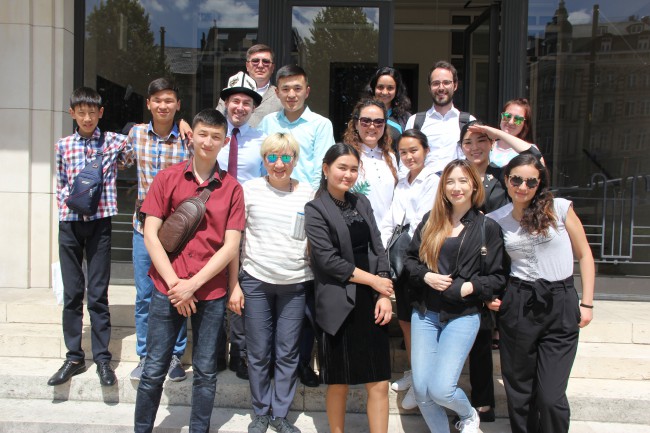 Children were also warmly welcomed by their compatriots in the Embassy of the Kyrgyz Republic in Brussels. “It was a pleasure to meet and talk to active boys and girls, who are from the young age trying to influence with their actions the life of their communities and the country and change it for the better” - says the post of the embassy. 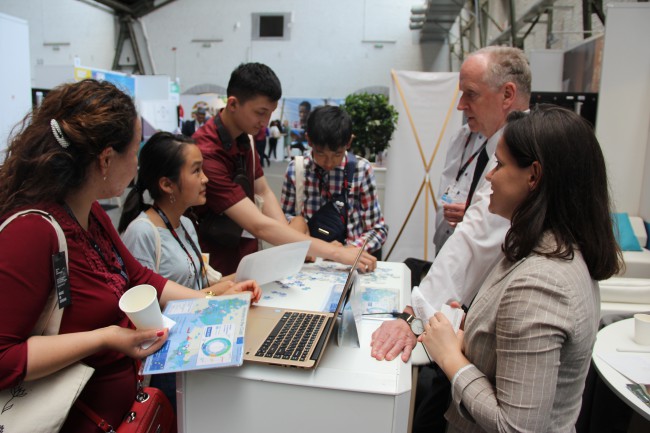 Soon the 18-months project is coming to an end. A final conference is taking place in July in Kyrgyzstan, where youth is going to have another chance to discuss their issues, give recommendations about the future changes and showcase their great results. However, boys and girls already have huge plans for the continuation of the project and their activities: they want to teach their peers and younger generations in the schools how to develop skills necessary to make videos, as well as to pass their knowledge about tolerance and conflict resolution to their families and friends. Young leaders are inspired to share their experiences gained during the visit to Europe with communities back home and to implement new ideas for conflict prevention on the ground.